We who believe in freedom

It’s been one month since we won the Poughkeepsie Municipal ID — and we haven’t slowed down yet! We have taken on a new voter registration project, advanced our municipal ID campaigns in five cities across the Hudson Valley, and traveled across the country to strengthen our movement for justice. As the legendary organizer Ella Baker said, “We who believe in freedom cannot rest until it comes.”

Get to Know Our Immigrants Vote! Campaign

We are taking on another challenge — we’re aiming to register 1,000 voters across the Hudson Valley!

This past month, we joined the New York Immigration Coalition for the non-partisan Immigrants Vote! Campaign to register new voters and increase voter turnout for the midterm election on November 6th.

We know that votes matter. We know that winning permanent protections for immigrants will depend, in some capacity, on who is in the assembly or the senate. We know that legislators listen to the people who have the power to vote them in — or vote them out. And on the local and state level, we know that these seats can get determined by just a handful of votes.

That means we need all hands on deck to register the hundreds of people and make the thousands of calls necessary to make our mark on this election — will you join us?

Register Voters With Us!

We won a Poughkeepsie Municipal ID!

Our members started our campaign for municipal IDs when they were tired and fed up of being turned away from their children’s schools, of being prevented from accessing the medicine and services they needed, and of fearing interactions with local law enforcement.

We researched municipal ID programs across the country in order to write the gold standard of legislation. We met with councilmembers. We mobilized hundreds of people over four common council meetings. And then, we packed City Hall again for the final vote.

The City Council voted unanimously to pass our municipal ID legislation, making it the second program in New York State and the first city in the country to pass the legislation with a Republican mayor in office.

Getting the Ball Rolling!

Since our victory, we’ve made critical progress in advancing our campaigns in cities across the Hudson Valley and towards having those cities formally recognize each other’s municipal IDs.

In Beacon, we are workshopping our municipal ID legislation in a city council meeting on August 13th. The Highlands Current has more here.

In Kingston, we’ve secured the support of their mayor, Steve Noble, and several city councilmembers. The Daily Freeman has documented our campaign in the articles below:

In Middletown, we’ve been working to improve the proposed municipal ID legislation to increase both the accessibility and the safety of the program. The Times Herald-Record reports on our progress here.

In Warwick, the mayor stopped by our member meeting to learn more about our municipal ID campaign and the experiences that led us to taking it on. You can spot him in the middle of our group photograph below! 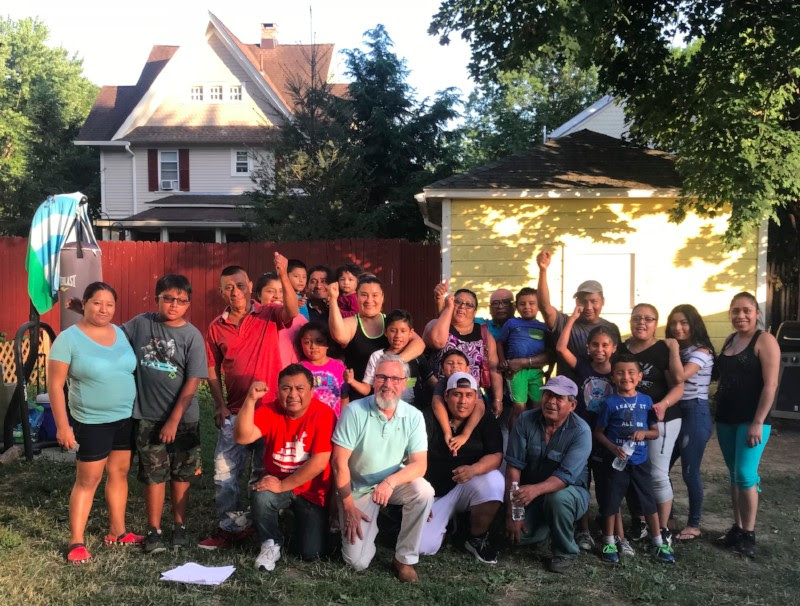 From Texas to Atlanta

Our staff was all over the place this month — literally. From Texas to Atlanta to New York City, our staff members have been busy interpreting, facilitating, learning, and building relationships to strengthen our work and our role in national movements for justice.

Our Program Associate, Vanessa, traveled to Laredo, Texas with attorneys to act as an interpreter, expand access to free legal services, and inform detained asylum-seeking women of their rights.

Shortly afterward, Vanessa joined our Executive Director, Jonathan, at the Homes For All convening in Atlanta. Over 325 housing organizers and tenants came together to share stories of struggles and successes, and begin developing a long-term strategy for the land and housing movement.

Then Jonathan came back up, and Caitlin went down, to meet Vanessa in Atlanta for the Money For Our Movements conference. 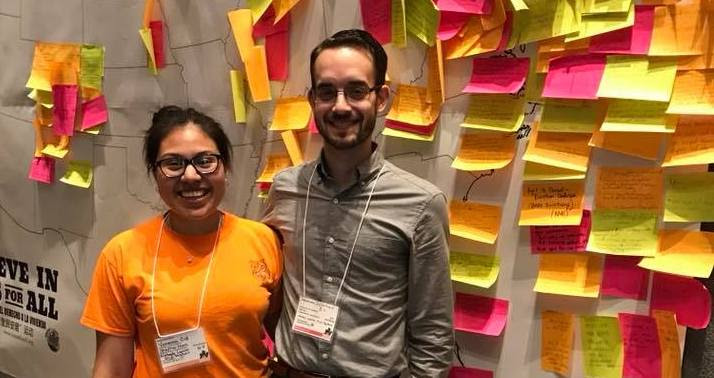 Now that our team is all back together, we are excited to dig even deeper into our work — to register hundreds of voters, to win municipal IDs in cities across the Hudson Valley, and to advance our campaign to make driver’s licenses accessible to all New Yorkers. And we’re grateful that you’ll be right here with us.