A look at our new office (and our trip to Albany!)

We finally opened our Middletown office! After months of searching and mountains of paperwork, we are so happy to show you what you’ve helped make possible — our second office.

This is so much more than an office. It signifies an important moment in our growth at Nobody Leaves Mid-Hudson as we cement our geographic expansion for the long-term. It signifies that there’s a space for immigrants and all of those hungry for a new world to meet, learn, and build power in Orange County and beyond! 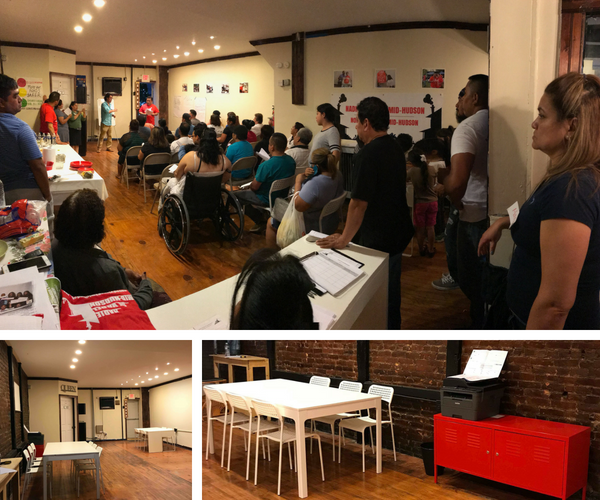 We celebrated the opening with our first Orange County member meeting, where over 50 people squeezed into our office to get updated on our work, plug into actions to move municipal IDs forward, and become dues-paying members!

Our Biggest Albany Action Yet

We brought over 110 people to Albany to join the rest of the Green Light coalition for a day of action to support the expansion of access to driver’s licenses in New York State. Our buses were filled with members and long-time supporters, immigrants and allies, people coming to their very first mobilization (including a 90-year-old woman!), people risking their jobs by missing a day of work — and most of all — people committed to the fight for immigrants’ safety, dignity, and freedom.

After a march around the capitol, we made legislative visits to secure support from our local representatives, bringing up the number of co-sponsors of the bill to 28 Assembly Members and 7 State Senators!

Our member, Paulina, spoke out at a press conference that day: “We’re tired of promises, we’re tired of being told to wait. We need driver’s licenses now. There is no time to wait anymore.” You can hear Paulina, and fellow member-leader Rey, in this coverage by Spectrum News.

Thank you to the North Star Fund who provided a Rapid Response grant to Green Light NY to make this action possible!

One week later, we won a resolution from Poughkeepsie City Council in support of expanding driver’s license access to all New Yorkers and the Green Light NY Driving Together campaign! You can read about the passage of this resolution in the following articles from the Poughkeepsie Journal and the Hudson Valley News Network.

After visiting the Newburgh City Council, the majority of Council members expressed that they would like to move forward with the process of passing municipal ID legislation! You can read the coverage in the Times Herald Record Online and Mid-Hudson News.

And in another city… We had the first of four Poughkeepsie City Council meetings we’ll need to pass municipal IDs on May 21st. We will be mobilizing members and supporters out to city council meetings on June 18th, July 2nd, and July 19th to get the program started — RSVP to all of them here! To learn more about the significance of municipal IDs in Poughkeepsie, you can read this op-ed article written by our Executive Director and allies.

We look forward to keeping you up to date on our progress in Poughkeepsie, Middletown, and now Newburgh, next month! Until then, you can sign our petition to win municipal IDs in cities across the Hudson Valley here.

On the outset, it might seem like our work for utility access and affordability is separate from our fight for immigration justice. It might seem a little odd for us to hold these two areas of work, and we know a couple of you have been wondering about how exactly they might be related.

So naturally, we’re fighting back.

We’ve been collecting testimonies from members who have had problems opening an account or confirming their identity in order to be able to discuss their account, and working with the statewide regulator in order to win concrete procedures from utility companies to prevent these encounters in the future. If you’ve had similar problems, please send your testimony to info@nobodyleavesmidhudson.org.

Over the past month, we’ve trained over 90 volunteers through three trainings in the fundamentals of direct action organizing and grassroots fundraising in preparation for our summer fundraising drive. See if you can spot yourself or someone you know! 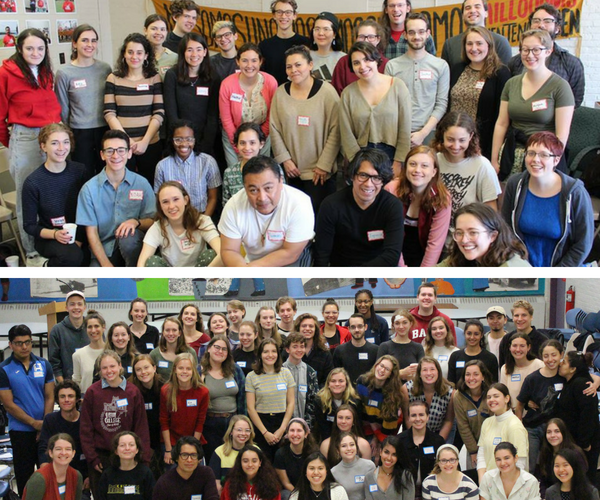 A BIG thank you to our senior interns who graduated after volunteering and interning over multiple semesters during their time at college — Kristiana Bowman, Lizzie Chadbourne, Macy Verges, Mirabelle Wostrel-Rubin, and Yasmine Seghir — we will all miss you dearly!